Last week, my wife and I had a long discussion about 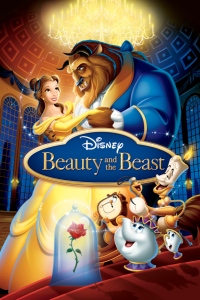 OK…I had a long discussion; she nodded politely and then made it clear that she didn’t want to hear about it anymore. So hopefully she doesn’t see this post.

I was born just before the Disney Renaissance began, so I grew up watching The Little Mermaid, Aladdin, The Lion King, Beauty and the Beast and all the others over and over with my brother and, later, my sisters.

Now, with two young kids, I’ve been re-watching all of those late-80s and early-90s classics (with a healthy dose of Cars and Frozen mixed in).

Despite only having four lines to showcase it, the actor who voiced the Beast, Robby Benson, has a fantastic singing voice. Here, listen:

In addition to acting, Benson is a director, professor, composer, producer and a bunch of other stuff. What he is not—or what he will not be—is the Beast in the upcoming live-action film. Instead, his role will be taken by Dan Stevens of Downton Abbey fame.

Now, maybe Benson doesn’t want the role. That would be understandable. He is 59 and he might be tired of being known as “The Beast”.

But when asked about reprising his role as the Beast in a 2012 MovieWeb interview, Benson said, “I’m always honored. They always come to me. They are very loyal. But I am sure, one day, they will find a sound alike. And pay them cheaper, and kick me out of the loop (laughs). Until that happens, I want to be the guy.”

So then maybe Disney thinks Benson is too old to play the prince in his human form—but that is only about two percent of the film. The other 98 percent of the time, he is in Beast Mode, as it were, and it could be Benson or Dan Stevens or Marshawn Lynch in the costume and the audience wouldn’t know the difference. Although I’m sure we will when those four lines are sung.

But hey, at least they nailed Josh Gad as LeFou.