Like most girls her age, my daughter loves princesses. Of course, she likes Belle 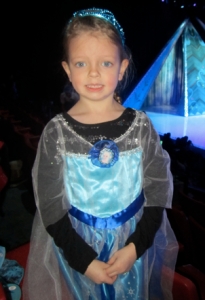 But a while back, she got a book from the library about real princesses (and queens) like Cleopatra, Princess Diana and Marie Antoinette.

Ah, Marie Antoinette. For some reason, she latched onto her and the infamous Queen of France quickly became her favourite. But just knowing the basic story of Marie Antoinette was not good enough for her. She pumped my wife and I for as much information as we were willing to give her (do four-year-olds really need to know the mechanics behind the guillotine?) and then she moved on to her grandparents, her teachers, any other available adults…

It wasn’t enough for her to know that the French people were angry at the monarchy for their decadent lifestyles and that they threw them in jail. 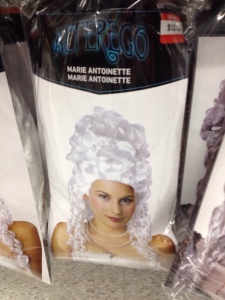 It wasn’t enough for her to know that they eventually killed the king and Marie Antoinette.

How did they do it? What’s a guillotine? How does it work?

Well, eventually she learned exactly what the guillotine did to them and then proceeded to describe it to her teachers. We reminded her that her friends didn’t need to hear the story.

It got to the point where I couldn’t keep up with her questions. Finally, I told her she would get one Marie Antoinette fact each day—she had a pug named Mops; she never actually said, “Let them eat cake!”—which slowed the flood of questions. 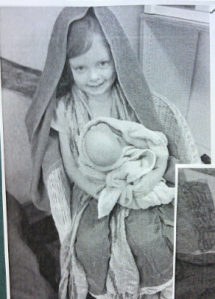 She also had a Marie Antoinette/Versailles-themed party for her fifth birthday, although I think as far as her friends were concerned it was another in the endless string of princess parties. The nuances of 18th century French court life were somehow lost on them.

Obviously there are some things kids don’t need to know, but I am always fascinated by what fascinates them. My son just turned three, so he is not yet pushing those intellectual boundaries the way my daughter is. But whenever they do push them, I want to give them as much information as they can handle…and maybe just a bit more (*wife shakes head*).

(In case you’re wondering, I found that last photo on the wall outside my daughter’s class. I asked her why she picked Mary to dress up as and she said, “Because she’s the queen of Heaven.”)